I was reminded of this story when replying to a comment from ligh4043…it’s about: how I bought my very first book with my very own money. Yup, I’m doing it to you; taking a stroll down memory lane.

Well, it was like this….I was eight-years-old and I wanted to take a course in German after school. (I’m not sure why; I hated school. It must have been that I’ve always loved language and culture and, at eight years old, I was much smarter than I was after and knew enough to follow something I really liked.)

Mom said it was O.K., BUT I had to come up with money to pay for the text book. How does a child come up with their own money? That was the first question that popped into my mind (perhaps, it has popped into yours as well). The question was followed by an answer: take recyclables to the recycling station. There wasn’t, by far, enough recyclables in the home, so I knew I’d have to go around to the neighbours and ask if they have any old paper laying around their homes. (I’ve always hated asking for stuff, so this was the worst part of the entire endeavour.)

Plus, I didn’t have a wagon to take the piles of paper down to the station. Luckily, my Mom took that responsibility off my hands and asked a neighbour who, she knew, had a lovely red wagon.

I don’t know how many wagon loads I took down over the next few days. The recycling station was by the school and the school was a few kilometres away (and, by the way….yes, I did walk it, back and forth, every school day; during all of the seasons and during all weather conditions…just like your grandpa always complains about having done when he was young…and, he’s right, it does build character).

The first few coins that the person working at the recycling station gave me were disappointing, because I still had a ways to go. The next few coins were better, because I was getting closer. Once I had the full amount (plus, most of the cash I needed for an ice cream bar! wooohooo), my step became light as I bounced towards the school.

I remember walking up the stairs (not dreading the rest of the day, like I was used to during a school day), but knowing that that beautiful, shining book was going to be mine. Really, truly mine. I walked in to the main office, reached up to the top of the counter, lay all of the change down and stated my business.

And…there is was…glossy, hard cover, in black and white with yellow and blue highlights…I didn’t dare open it until I was outside.

The sun was just about to set when I turned the corner from the school and opened the book and released it’s new book aroma and touched the rough, recycled paper pages and thought: “This is really, honestly mine. All mine.” 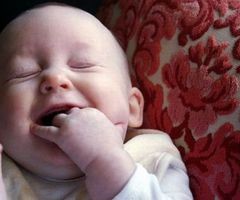 Filed under stories and mutterings