Recently, I dropped by Octopus Books…a funky, independent book store, with a socialist bent, located nearly on the corner of Third and Bank. The store has been around since the late 60’s and has opened a second location on Bank Street earlier this year. (Unfortunately, because I have not been careful, I’ve fallen into loitering only the giant bookstores like Chapters (my only saving grace is that I still shun Starbucks, most of the time) and have missed out on small, independent books store such as Octopus. I shall be wiser next time.) 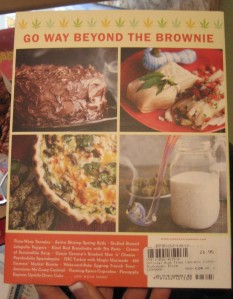 Octopus Books also has an on-line book store; both the online and actual store have many unusual book titles and  book sections…Political Action, Globalization, Race, Unusual Histories…and some standard sort of sections, such as Kid’s Books, Cookbooks and Feminism. But, even the usual sections tend to have unusual titles. (I’ll be reviewing one soon.)

The store also has bumper stickers, cards and small posters (the stickers and posters generally have some kind of political statement written on them).

And they always have something going on, such as a number of upcoming book launches.

Really, I need to learn more about this place. 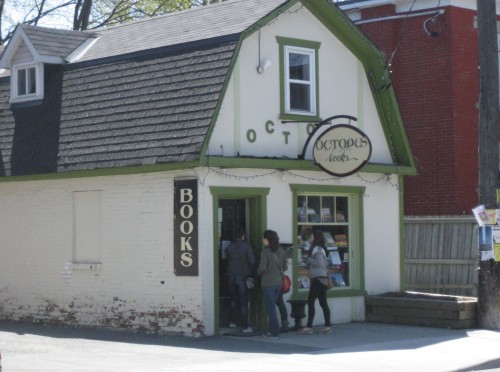